Gingivitis is a mild form of gum disease that causes redness and inflammation of your gingiva – the gum tissue at the base of your teeth. Knowing how to spot the early signs of gingivitis is important, so you can act quickly to help stop gum disease before things get more serious.

The good news is this common condition can be easily fixed.i A good home dental care routine of daily brushing and flossing, along with regular visits to the dentist, can help get rid of gingivitis and keep your gums healthy.ii Regularly check your mouth for the early signs of gingivitis so you can take action to treat them with a toothpaste such as parodontax Clean Mint, and take time to learn all about gingivitis.

What Are The Symptoms of Gingivitis?

While it’s sometimes possible to have gingivitis without any symptoms and the condition doesn’t usually cause pain, there are some classic signs to look out for when brushing and flossing your teeth.

One of the signs of gingivitis is bleeding gums. Healthy gums don’t bleed, so if you spot blood when brushing or flossing your teeth this could be a sign of gum disease. Bleeding, along with swelling, is caused by a build up of plaque along the gum line and is a sign you are not brushing or flossing effectively enough.ii

Even if you only see blood occasionally, don’t ignore it as it could be a sign that you’re developing gum problems. If plaque is allowed to build up, it can lead to more severe gum disease or tooth decay. Did you know that good gum health can help with achieving good overall health?

Bad breath, also known as halitosis, can be an embarrassing condition, but it could also be a sign that you’re developing gum disease.ii There are lots of reasons why you may have bad breath, but typically it’s the result of gases released by the bacteria that coat your gums, teeth and tongue. Bits of food can also get trapped in the teeth and start rotting – contributing to a bad odor.iii Removing this odor-causing bacteria with brushing and flossing should help resolve the problem.

Find out more about bad breath and your gums.

Healthy gums should be firm to the touch. If you have puffy or swollen gums it could be a symptom of gingivitis and a sign that you need to take better care of your gums.ii

Inflammation of your gums is the body’s way of alerting you to a problem – in this case signaling that your gums have become irritated by plaque bacteria. Plaque forms a sticky film over the teeth and gums.ii If it is allowed to build up around the tooth and gum line, your gums respond to the irritation by puffing up.

Everyone’s gums vary slightly in color but if yours are looking a darker or brighter red than usual, particularly around the gum line, this is a classic sign of gingivitis.ii The key is to be vigilant to change – you know your mouth and teeth better than most – so be on your guard for any noticeable changes either in overall gum color or in specific spots such as around the gum line. 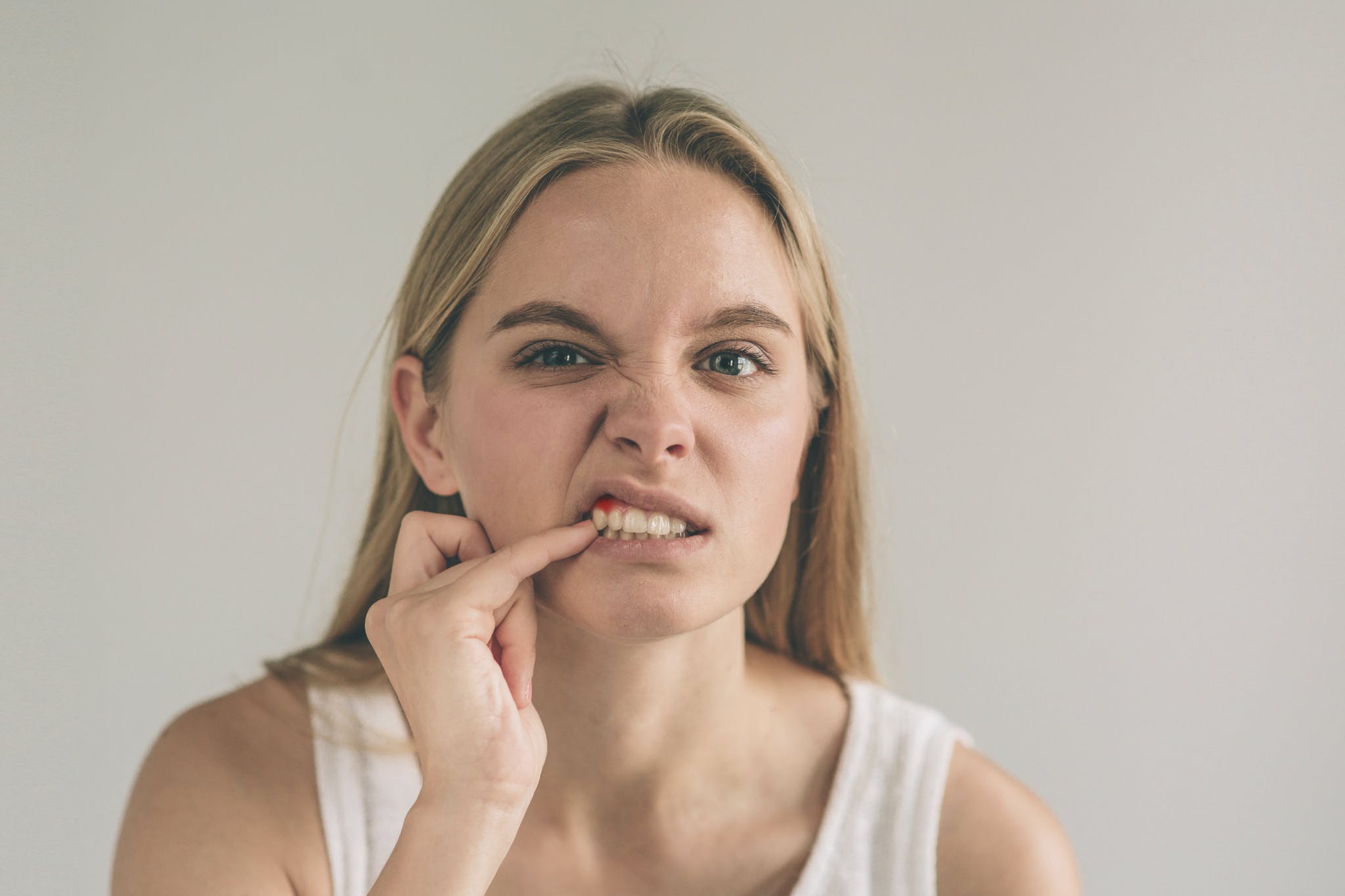 Getting Gingivitis Symptoms Under Control

Understanding gingivitis symptoms puts you in a better position to tackle gum disease quickly. Gingivitis is almost completely avoidable and in its early stages you can resolve it in as little as a week with the right dental care.

Be alert to changes in your gums. Swollen gums that have changed color or bleed when you brush and floss are key signifiers something is amiss and you need to step up your dental hygiene routine.

Brush your teeth at least twice a day focusing on the junction between the tooth and the gum line using an anti-gingivitis toothpaste such as parodontax Complete Protection. Floss daily and use a mouthwash, along with brushing your tongue, if you are conscious of having bad breath. See your dentist or hygienist for regular check-ups and deep cleaning, and find out where to buy parodontax products.

Keep an eye on your diet too. Avoid eating too much sugar, which can lead to tooth decay, and include plenty of foods rich in vitamin C to encourage gum-supportive collagen.ii

Remember, gingivitis caused by plaque build-up can be reversed if you catch it quickly, and prevented entirely with ongoing good oral care.

By clicking any of the links below you will be taken to an external website that is independently operated and not managed by GSK. GSK assumes no responsibility for the content on the website. If you do not wish to leave this website, do not click on the links below.