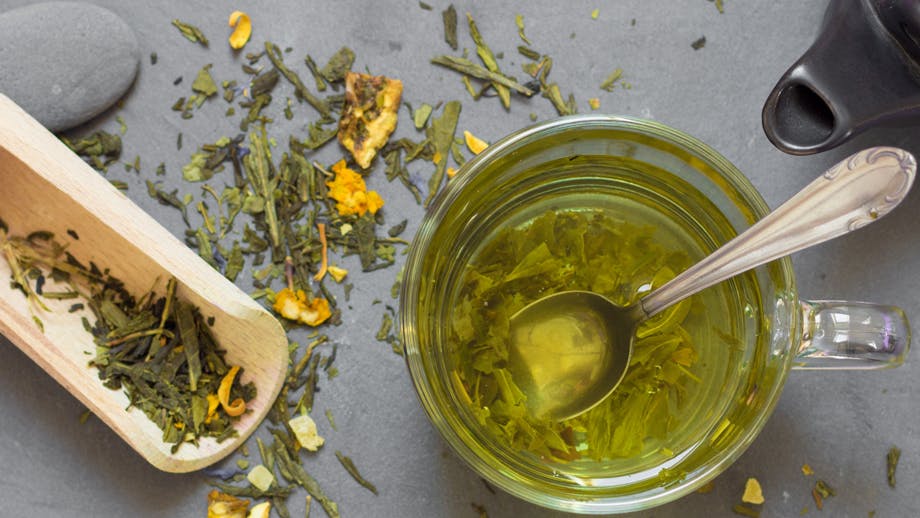 Even if you’re not a big health news buff, you’ve probably heard about the proposed benefits of green tea. It’s been rumored as being helpful with everything from weight loss to brain health to fighting cancer, and companies have certainly tried to make as much money as possible selling green tea “miracle” supplements. However, like most “miracle” foods or beverages, real scientific evidence around most of these claims is still lacking.

However, there are a few studies that are starting to point to a very interesting connection between green tea consumption and oral health; specifically, the ways green tea helps protect our mouths from periodontal disease and cavities.

The Benefits of Green Tea on Oral Health: What Studies Say

One of the largest studies that investigates green tea and oral health was published in 2009 in the Journal of Periodontology. The study used 940 male participants and looked at the connection between cups of tea consumed a day and periodontal health. The study found there was a “modest inverse association” between green tea consumption and periodontal disease, which basically means that the more green tea that was drank during the day, the less periodontal disease was found. Some of the early signs of periodontal disease (also known as gum disease) are red, swollen, bleeding gums. Later stages include gums that pull away from the teeth and even tooth loss.

Another much smaller study conducted in 2007 (only 15 people participated) found that green tea was “very effective” in reducing bad breath — albeit only temporarily.

A more recent 2017 study investigated the effects of a specific green tea polyphenol (EGCG) on the dentin of extracted wisdom teeth and found that the way EGCG helped seal off the microscopic tubes in dentin (which can be infiltrated by plaque) suggests the green tea polyphenol is a “good candidate” for combating cavities.

While green tea is slowly but surely garnering a reputation as a helpful drink for both oral and general health, if you’ve noticed that your gums are showing the early signs of periodontal disease — i.e bleeding every time you brush or floss — it’s important to first make an appointment with your dentist, then use a product designed especially for treating this issue. parodontax Complete Protection toothpaste comes with eight benefits for healthy gums and strong teeth, including the ability to help prevent bleeding gums1. Help keep your teeth healthy, clean, and strong with parodontax.