Flossing and Gum Health: How Long Does It Take For Bleeding Gums to Heal? 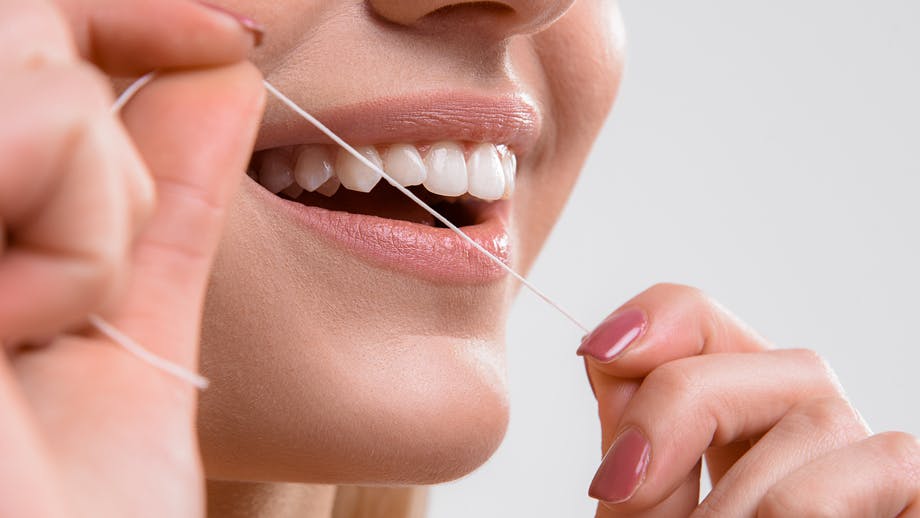 Most of us work hard to keep our dental health in check, making sure we brush twice a day as well as floss. And for those of us who do put the time into our oral health, it can feel frustrating to still see some blood in the sink. It seems like we’re doing everything right, so what the heck is going on?

If you’ve been seeing a little bit of blood in the sink every time you brush, or have just started a new flossing routine and noticed your gums are red and inflamed, here’s what may be happening — and how long it should take for your bleeding gums to heal.

According to Dr. Samantha Rawdin, DMD, prosthodontist at Gallery 57 Dental in Bronx, NY, one reason you may be seeing blood in the sink after brushing and flossing is that you’re dealing with gingivitis, a mild form of gum disease. “Leaving plaque and food debris on [tooth] surfaces causes inflammation of the gums, and the inflammation is what causes the bleeding,” Dr. Rawdin says. Luckily, gingivitis is reversible.

Another reason for bleeding gums? You’ve just started a new daily flossing routine, and you’re being a little too rough with your mouth, explains Dr. Rawdin.

How Long Before Bleeding Gums Heal?

If you’re starting a new flossing routine, Rawdin says it can take a week or so for your gums to settle down and potentially stop bleeding. If you’re dealing with gingivitis, individual prognosises vary, so it’s best to talk with your dentist first. After talking with your dentist, using an antigingivitis toothpaste like parodontax — which has been shown to significantly reduce plaque and bleeding gums.

However, if the plaque between your teeth has mineralized and become stuck, you’ll likely need to call in the pros, as you may be dealing with tartar. According to Rawdin, “no amount of brushing or flossing” will remove tartar, which means you’ll need to have your teeth professionally cleaned at your dentist’s office.

How to Floss Properly

If you’ve been to the dentist and he or she doesn’t see any gingivitis or tartar, Rawdin says that it’s possible you may be flossing incorrectly. “To properly floss, take a piece of floss that’s approximately shoulder-width in length (about 18 inches) and wrap it around your index fingers so that there's about an inch of floss when held tight between your hands,” says Rawdin. “Then you'll slide the floss between the teeth. There's a small triangle of tissue between each of your teeth — pass the floss on one side of the triangle, hugging the tooth by making a small C shape with the floss, gently allowing it to pass just under the edge of the gums until you feel resistance, and slide the floss up and down a few times to scrub the plaque off of the teeth.”

Repeat that same process on the other side of the triangle of tissue before moving to the next tooth. Ideally, Rawdin says you want to use a new section of floss between each tooth to avoid redepositing the bacteria you’re removing.

Feel like your flossing and brushing game is on point and your gums are still bleeding? Talk to your dentist, Rawdin says, as there may be an underlying cause that will need some further investigating.